17-Year-Old ‘Mastermind’, 2 Others Behind the Biggest Twitter Hack Arrested

A 17-year-old teen and two other 19 and 22-year-old individuals have reportedly been arrested for being the alleged mastermind behind the recent hack that simultaneously targeted several high-profile accounts within minutes as part of a massive bitcoin scam.

According to the U.S. Department of Justice, Mason Sheppard, aka “Chaewon,” 19, from the United Kingdom, Nima Fazeli, aka “Rolex,” 22, from Florida and an unnamed juvenile was charged this week with conspiracy to commit wire fraud, conspiracy to commit money laundering, and the intentional access of a protected computer.

Florida news channel WFLA has identified a 17-year-old teen named Graham Clark of Tampa Bay this week in connection with the hack, who probably is the juvenile that U.S. Department of Justice mentioned in its press release.

Graham Clark has reportedly been charged with 30 felonies of communications and organized fraud for scamming hundreds of people using compromised accounts.

The broadly targeted hack posted similarly worded messages urging millions of followers of each profile to send money to a specific bitcoin wallet address in return for larger payback. 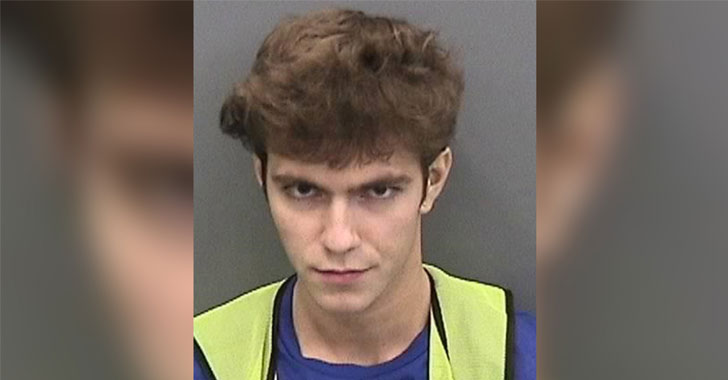 The targeted profiles were also include some popular cryptocurrency-focused accounts, such as Bitcoin, Ripple, CoinDesk, Gemini, Coinbase, and Binance.

The fraud scheme helped the attackers reap more than $100,000 in Bitcoin from several victims within just a few hours after the tweets were posted.

As suspected on the day of the attack, later admitted that the attackers compromised its employees’ accounts with access to the internal tools and gained unauthorized access to the targeted profiles.

In its statement, also revealed that some of its employees were targeted using a spear-phishing attack through a phone, misleading “certain employees and exploit human vulnerabilities to gain access to our internal systems.”

said a total of 130 user accounts were targeted in the latest attack, out of which only 45 verified accounts were exploited to publish scam tweets. It also mentioned that the attackers accessed Direct Message inboxes of at least 36 accounts, whereas only eight accounts’ information was downloaded using the “Your Data” archive tool.

“There is a false belief within the criminal hacker community that attacks like the hack can be perpetrated anonymously and without consequence,” said U.S. Attorney Anderson.

“Today’s charging announcement demonstrates that the elation of nefarious hacking into a secure environment for fun or profit will be short-lived. Criminal conduct over the Internet may feel stealthy to the people who perpetrate it, but there is nothing stealthy about it. In particular, I want to say to would-be offenders, break the law, and we will find you.”

“We’ve significantly limited access to our internal tools and systems. Until we can safely resume normal operations, our response times to some support needs and reports will be slower,” added.

This is a developing story and will be updated as additional details become available.

Lord of the Ring(s): Side Channel Attacks on the CPU On-Chip Ring Interconnect

Lord of the Ring(s): Side Channel Attacks on the CPU On-Chip Ring Interconnect