This branch is 17 commits ahead, 6 commits behind shannpersand:master.

A legible monospace font… the very typeface you’ve been trained to recognize since childhood. This font is a fork of Shannon Miwa’s Comic Shanns (version 1). 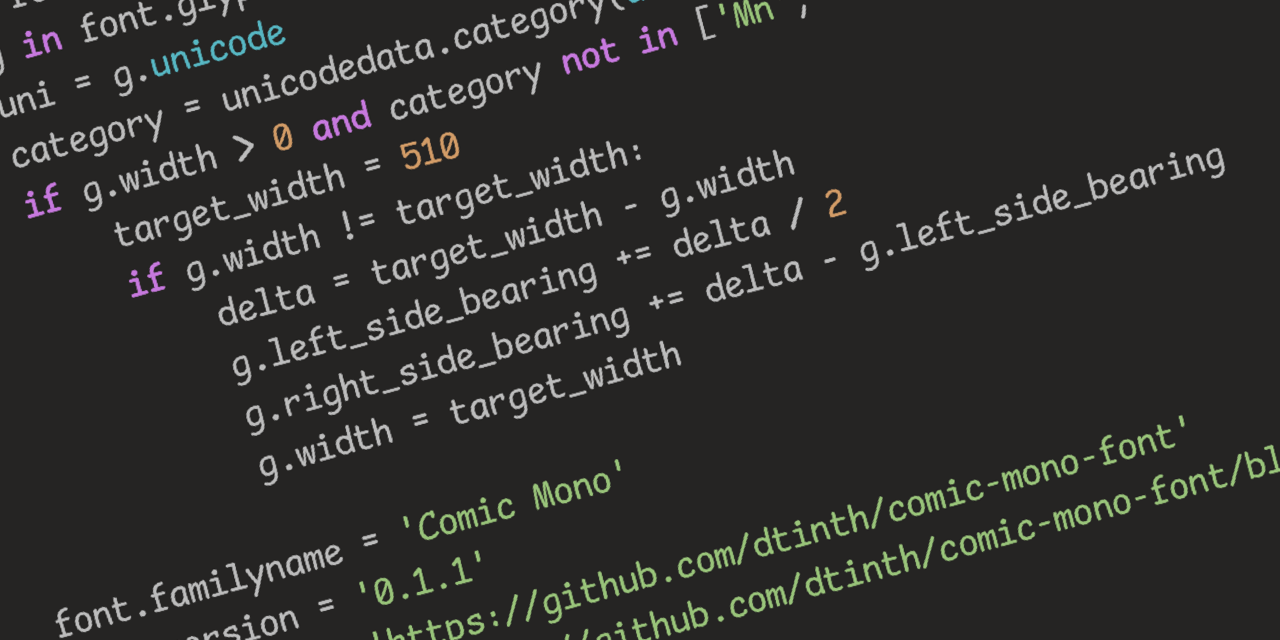 I have no font creation skills; I’m just a software developer. This font family is created by patching the original font, Comic Shanns (v1), using a Python script, generate.py.

You can use this font in your web pages by including the stylesheet. CDN is provided by jsDelivr.

The contents of this package is also published to npm, although the font files are not optimized. See fontsource package (below) for a better option.