Everything you need to
start making holograms now.

When you see a hologram, it’s that “Wow!” moment. It’s a piece of 3D science magic, and you just want to reach out and touch it. But it was at the MIT Media Lab, doing research in holography and spatial imaging, that LitiHolo founder, Paul Christie, realized how few people had access to true hologram technology. LitiHolo was started to change that. 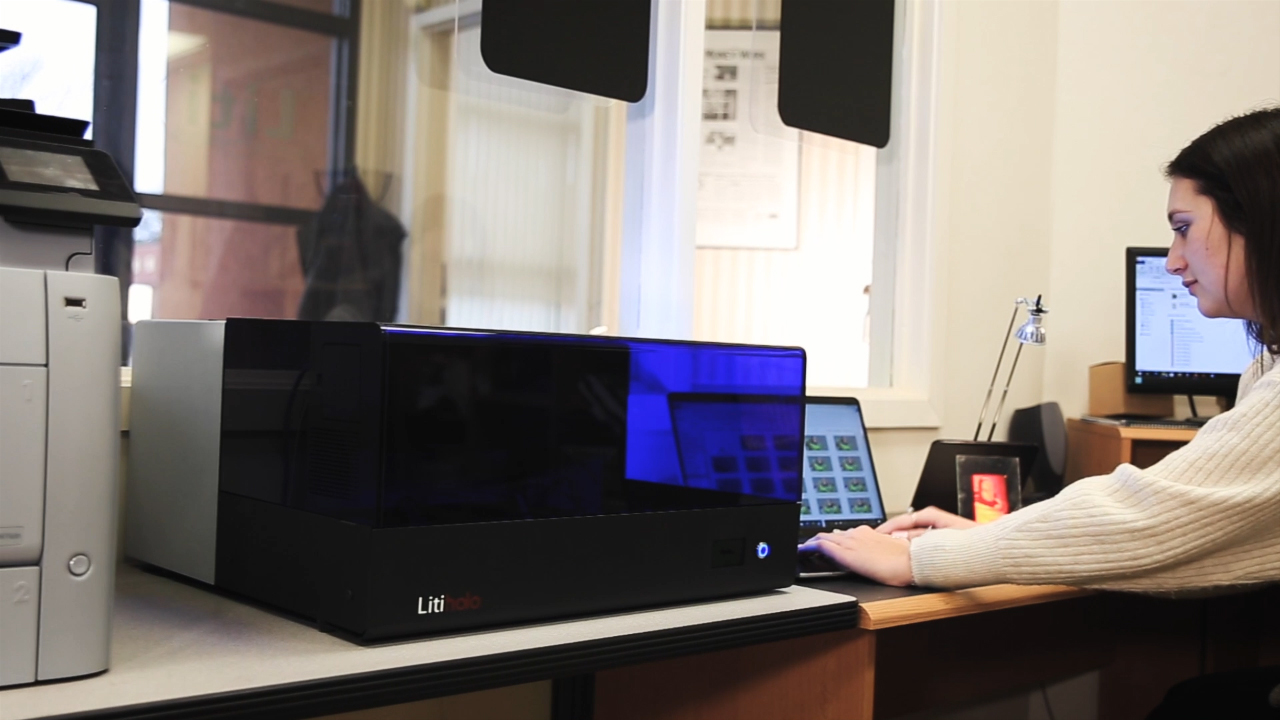 How do you “print” holograms?

The 3D Hologram Printer takes multiple perspective images, captured from a camera, video footage, or rendered from a typical 3D graphics design. The images are sliced into unique recordings for each individual pixel on the hologram, called a “hogel” or “hologram element”. The printer then optically encodes that hogel information with laser light onto the special hologram film. 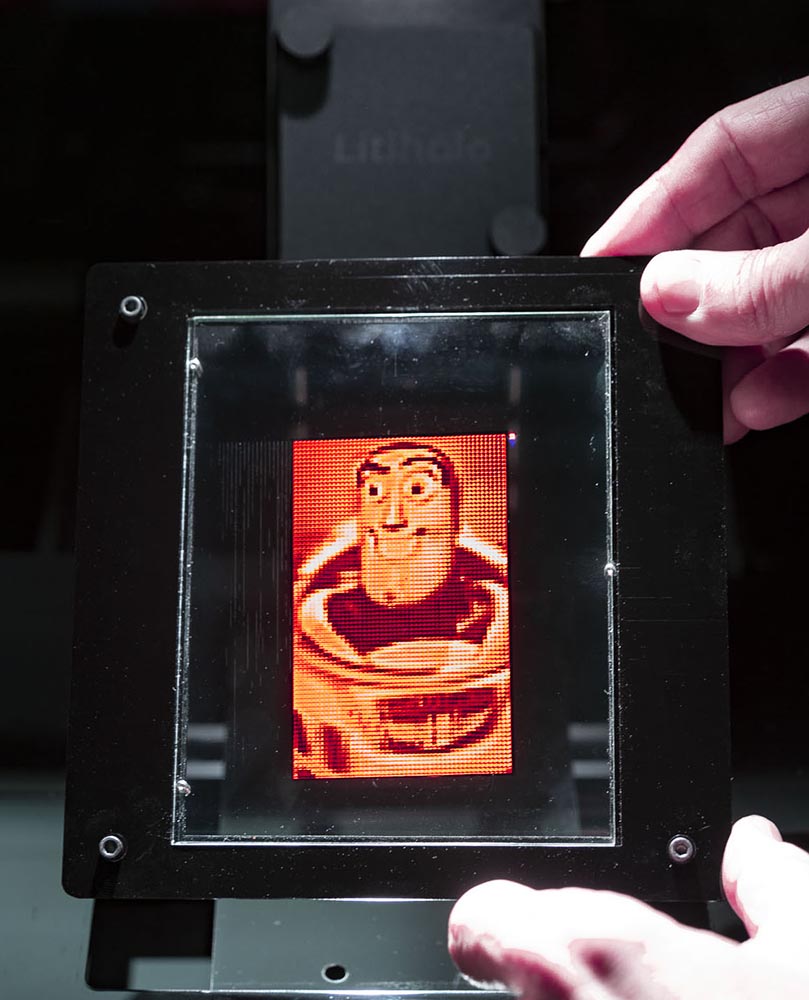 The video below shows the interior of the 3D Hologram Printer prototype from several different angles. After placing the film plate into the carriage, the system homes, then positions the plate under the optical printing arm, and begins optically exposing each hogel location to the laser light carrying the perspective images for that part of the hologram. (This demo video has the lights on and the hood removed, to better see the printer details, with the system speed increased for demonstration.)

When complete, the hologram recreates the many different perspectives as if the 3D image is truly there, giving you the ability to look around the image to see different angles.

Show me the holograms!

This technology has really been limited almost exclusively to research universities and a few corporate labs, and each one is custom built and takes up an entire room of high-end laser and optical equipment. Now, with your own 3D Hologram Printer, you can make your own holograms and create holographic portraits, holograms from 3D computer graphics, CAD designs, and 3D art. 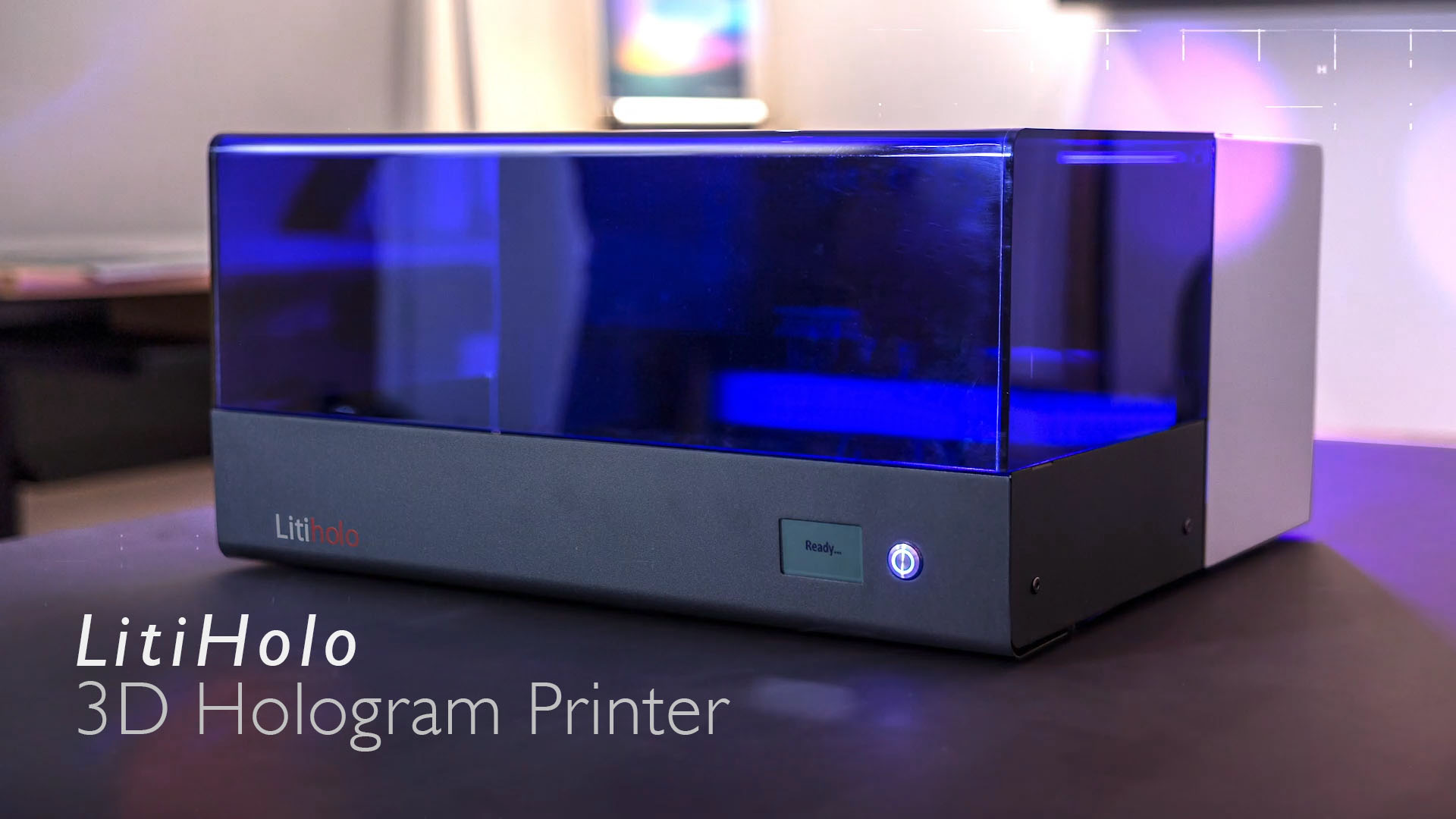 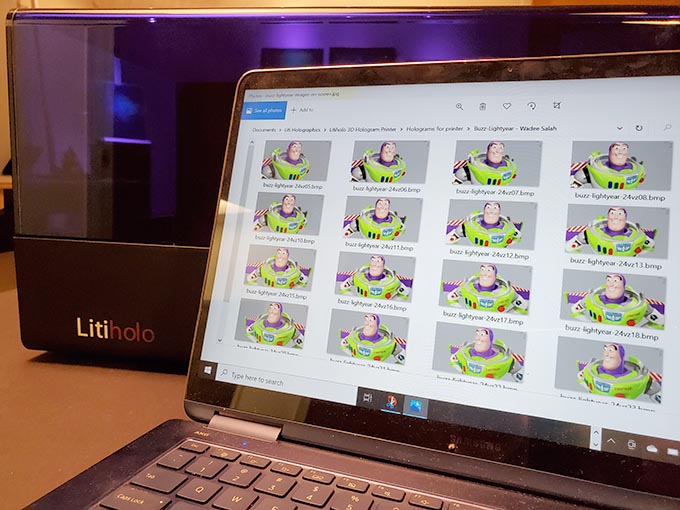 Each hologram for printing needs a simple set of perspective images, which provides the 3D viewpoints or “look around” information. This can come from many sources including:

LitiHolo film plates are a self-developing material that makes clear, bright holograms, without any post-processing or developing chemicals. As the film is exposed, it develops at the same time. When the exposure is complete, the active materials in the film have been used up, and the hologram can be viewed immediately without waiting.

Making holograms has never been this easy! 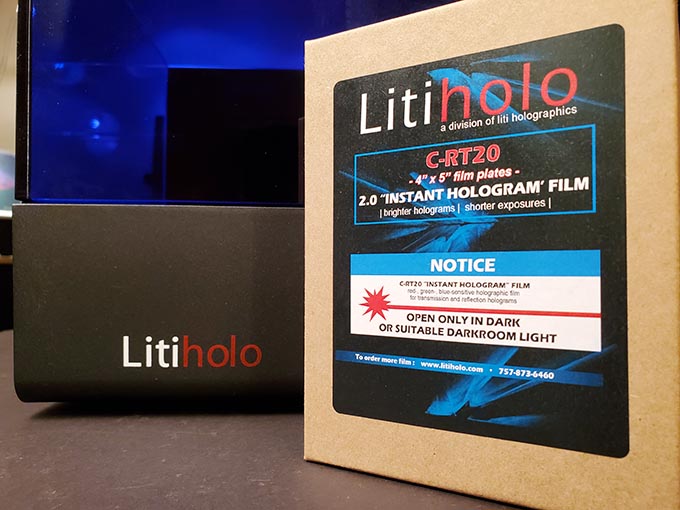 To really show off your 3D Hologram Printer and your holograms, add our Hologram Display Unit. This is the same display you see in the video. It’s stylish and functional, giving your holograms a great showcase. 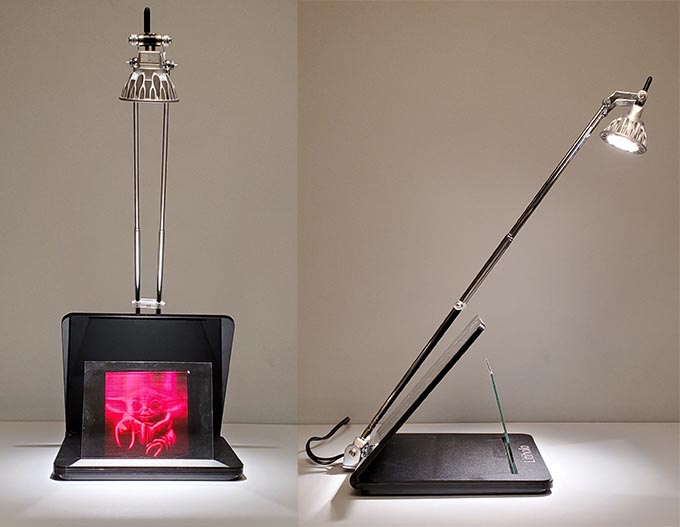 Fits holograms up to 4″ x 5″ with just the right LED spotlighting to really make people say “Wow!” when they see your holograms.

To help capture people, landscapes, and your own 3D visions, add our Hologram Rail Capture Unit. Attach your camera or smartphone to the mount, and the motorized rail slider will help provide the camera angles needed for your 3D Hologram Printer to create hologram portraits and much more. 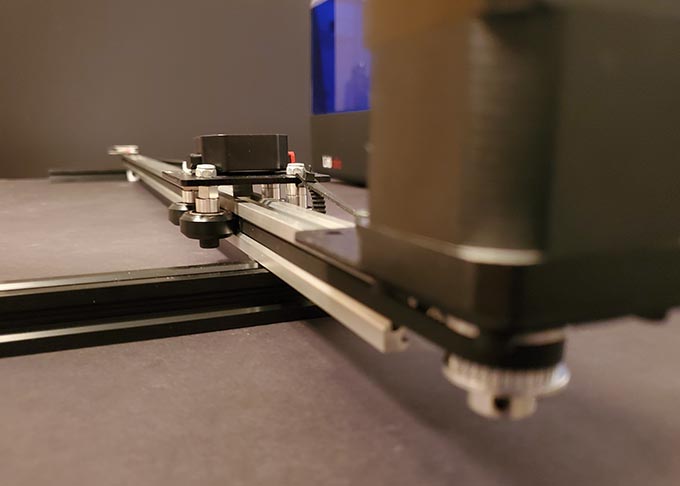 What is a hologram? 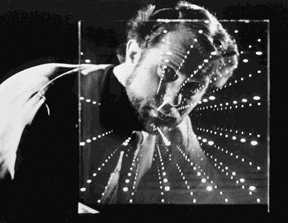 Professor Steve Benton was a pioneer in the field of holography, the founding head of the MIT Media Lab Spatial Imaging Group, and the inventor of the rainbow hologram found on most credit cards. Here is his definition of what a hologram is:

“Holography has come to take on two meanings in our culture. Firstly, it means wavefront reconstruction by interference and diffraction/reflection. More widely, it has come to mean the ultimate 3D imaging method of the future, and it stands as an optimistic hope for the progress of our science and technology relating to everyday life.” – The Art and Science of Holography

Our 3D Hologram Printer meets both of these definitions!

The LitiHolo 3D Hologram Printer makes holograms by capturing the interference pattern formed by two laser beams (object beam and reference beam) onto hologram film. The 3D image is reconstructed by light hitting the captured pattern and diffracting light back into the original object beam direction, reconstructing the original wavefront of the captured object. This is the same fundamental concept that won the Nobel Prize in Physics 1971 for the discovery of holography, awarded to Dennis Gabor.

Many other things are often called “holograms”, but are in fact lenticular displays (lens sheet), simple stereoscopic 3D (headsets and glasses), or Pepper’s ghost effects (200-year-old optical illusion by simple reflection). “Lightfield” is a relatively new term to describe some 3D displays, and while holograms can be considered a subset of lightfield displays, very few lightfield displays are currently holograms.

There are other 3D technologies out there, and they can be very good for their purpose, or just to grab your interest for a few moments. But true hologram technology has the ability to actually deliver on a wealth of new ideas and is still at the early stages of what’s even possible.

It’s a little like the early stages of the personal computer, or the beginning of the more recent 3D printing revolution. This is a new tool that gives people access to hologram technology at a whole new level, and lets them think differently, express themselves differently, and visualize differently.

We can’t wait to see how access to a 3D Hologram Printer helps to create the next generation of hologram engineers, hologram artists, and hologram entrepreneurs.